Education should have for its basis, and for the guidance of its construction, an aim. It is not sufficient to say that the child must be the center of education, we must know our aim and the trend we must follow in mapping out the life of humanity. Man is born; he goes forth. But where does he go? One must have a plan as all great educators in the past have had. They gave thought and consideration to the final aim of mankind, while the so-called scientific modern trend of education is to focus its entire attention upon certain details which have almost no relation with each other, and if there is an aim at all, it is a material one directed towards the individual and his place in society. Not the place of a strong man who seeks union with other men seeking a higher plane of humanity, but just a little place which will allow him to live.

There is not the great vision of the union of men leading to a plane always more lofty. Each man thinks of his own job; how to become a doctor, or a teacher, or a nurse in a hospital, and is not educated to find a place in the noble and high unity of humanity. The greatness of the social construction of our day, of the mission of humanity, is, as it were, hidden behind a veil, and he does not ask himself WHY he wishes to become a doctor, or work in a school or hospital. 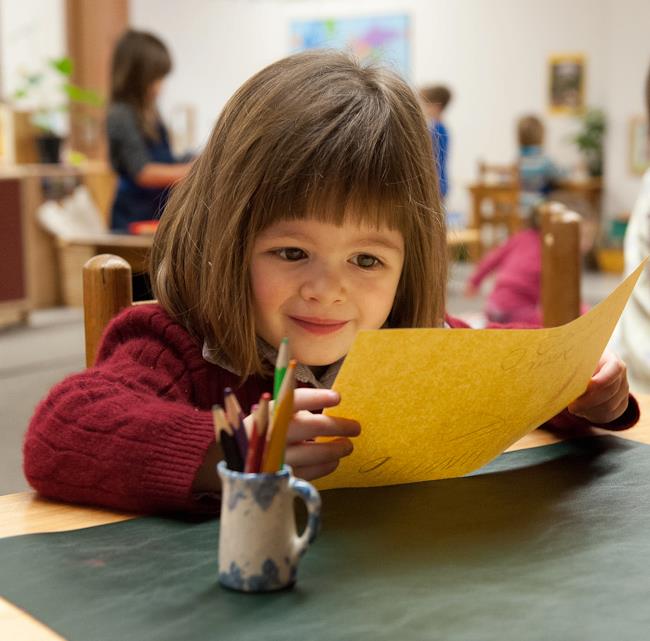 And the personality of each individual is diminished by this fact. And it is the fault of education if the individual is compelled into these narrow limits of personal interests. We Montessorians are convinced that the child is kept back by the adults surrounding him, instead of being ‘valued’ in his personality. And this is not merely the attitude of the individual adult towards his own child, but it is the attitude of the whole of society, which by means of education, does its utmost to devalue instead of valuing the child.

There is another idea in scientific education today which is taken more and more into consideration and that is that the individuality must be developed to its maximum possibility. But how? An isolated individual cannot develop his individuality. If an individual is isolated while at the same time forming part of this great construction which is society today, he cannot become a strong individual personality. He must place himself in relationship with his environment and within reach of the events and the life of his times.

So we say that it is necessary to develop personality. But how is personality to be developed? It can only be developed by means of social relationships and experiences. But this is not achieved simply by thinking social life consists in getting out of it what is necessary, such as food, clothing, etc.

Although the scientific aim of our education is the formation of the social personality, it is not sufficient only to study the personality of the individual during its formative period. We must not only be aware of this, but that the moral as well as the physical individual lives at the expense of society. He gets not only the material means of life but also the moral means of life. So we say that for the best possible development of the body, it must come in relation with external things such as food, drink, warmth and so on, and indeed, it would cease to exist unless it came into relation with physical things necessary for its upkeep. Also spiritually the same thing is true, in order to develop this spiritual organization it must take from society continuously all that is necessary. 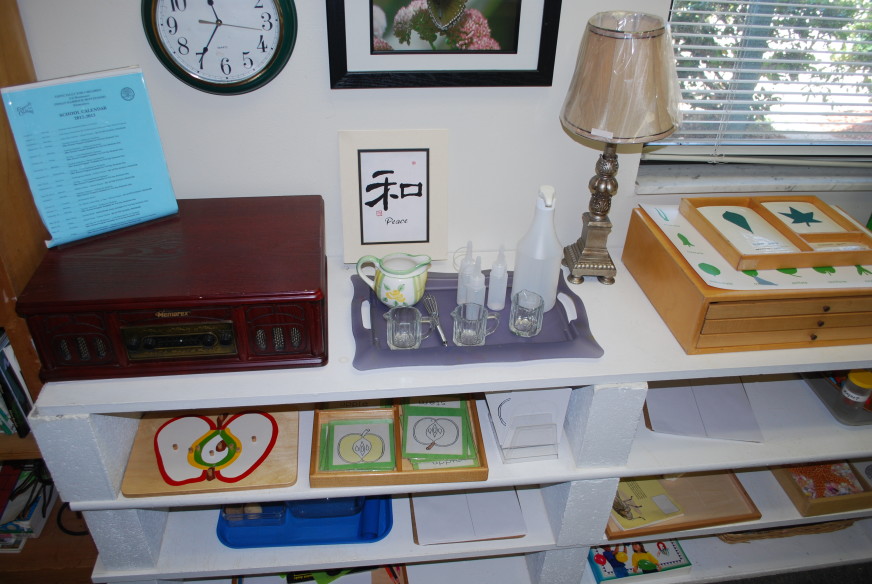 As I have said before, in the past education considered not only the formation of the personality but also the finality of the individuality of man. From the religious point of view, for instance, the aim of man’s life, outside the construction of society, is eternal life. So at the basis of education is the theory of philosophy. Then there were the philosophers who took into consideration human life and its destiny, and so on, and these put into education a certain basis, an equilibrium which is very necessary, giving peace and moral strength. Today we are in the phase where scientific experience is of value. Who can resist admiring such experience which has taught humanity not only to know but to master the forces which rule in the world. Yet wherever there is talk of scientific research in education today we are immediately faced by a reduction in culture and a breaking up of subjects into small details. The scientific conception of today does not tend to make man greater but to limit him. This is in contrast with the scientific researches and discoveries which have been made in other fields and which have expanded and not become more limited. Science has been full of revelations, when applied to the study of biology, but applied to man it certainly has not presented anything great. On the contrary it has made us lose some great conceptions of man previously held. Nevertheless in scientific experience which touches reality and truth there must be something which will help to reveal the greatness of man.

The path that science travels is a path of discoveries. What a magnificent step it would be to discover the greatness of the individual and the greatness of society as a tangible reality. In the past the conception of the greatness of individuality was to be found outside society itself and in a metaphysical field. It was something which passed through society and on to a better life. Evanescent, but at least something, and something is better than nothing! To find a personality which has purpose and a great aim also in social life is something in which science can help.

There is a saying that man is called to build the kingdom of heaven. And when one talks about heaven one thinks of something very far away, but the same idea might be brought a little nearer. Perhaps what I am about to say may seem rather difficult to understand, but what we mean by the kingdom of heaven is not only the general idea of peace among men, but that humanity in its entirety has a positive task to accomplish on this earth, and as far as life is concerned this is the main thing. Humanity has not only aim of purifying itself through its life on this earth and then to pass on to a better life, but it has a positive task of construction upon this earth itself. We must take into consideration man the creator. Humanity which is in itself a creating force. That humanity is building up something as well known and what it builds is called civilization. 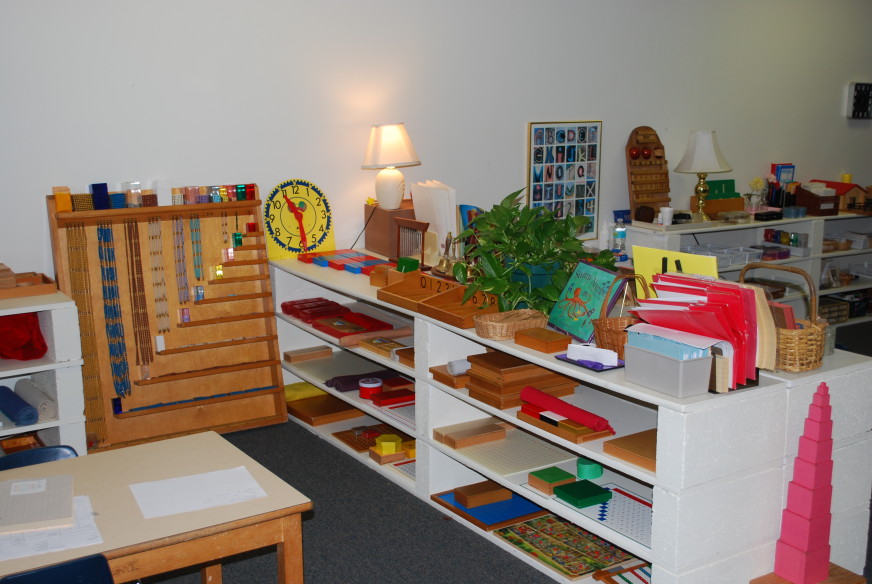 Humanity does not come upon this earth merely to take a walk, and its loftiest aim is not to be able to travel by means of an airplane instead of upon its feet. And its aim is not to enjoy to the utmost life which is attached to material things, nor is it contemplative, or to achieve a greater degree of comfort.

One must look for the aim of humanity in that activity which is transforming the earth. Man is here to work and his work is not for the good of himself but for this great construction which we call civilization, and it has transformed the earth from what it was to what it is, and is building up the social building which is civilization today.

This conception is in fact the same as what really happens because all men must work and all social life is based upon the work of man. But it is evident that if man merely thinks of work as a means to provide a living it is a much lower conception than that of the man who works in order to help his fellow men to build up cosmic work, work which affects the whole world. This helps one to conceive work as something which invites and helps instead of something which is forced upon one.

It is as if one was walking to the top of a mountain, and someone said: “Do not think about this long walk, nor about the road you follow, but only that you must keep putting one foot in front of the other”. If one does that one becomes very tired, and the man who plods along doing his job every day in order to get his weekly wage is doing something which fatigues him. But if one is climbing the mountain with companions and everyone is happy because they know where they are going, and there is talk and laughter, they get to the top of the mountain without feeling fatigue, and yet they have done just the same as the others – put one foot in front of the other.

What is the difference? It is that the conscience of man has been morally called upon when mankind is morally conscious of the path that he follows, and this moral orientation can be given by a touch, by a call, by something which does not represent work in itself; it can transform the conscience of man and animate and urge and compel him to great actions. Then the same work is done with enthusiasm instead of with fatigue. And it lends dignity to man instead of humiliation at being forced to carry out a task simply because if he does not do so he will starve and die.

To close I wish to say that the child has made this fact clear. The child has been the one who has been capable of giving proof of this fact. The child is by nature a worker, and when, by working in this special fashion, which is according to his nature, he can accomplish a great deal of work without ever feeling fatigue. When he works in this way he shows himself to be happy and by working in this way he also becomes cured of certain psychic anomalies that he had, and by curing himself of these he enters into a more natural form of life.

Therefore this work which has built up civilization and which has transformed the earth is at the very basis of life and is a fundamental part of it. So much so, that it is, as we say, even in the child. Work has existed in the nature of man as an instinct even from birth itself. And this life of the child which is, we might say, the embryonic life of spiritual man, attracts our attention and gives us certain explanations. The study of society will be held to be a study of the life of the child which shows us in an embryonic stage this profound tendency of humanity and the mechanism by which society is built up.