What treasures can be found here? Florida’s National Parks are home to fossils of many prehistoric species. There’s the saber-toothed cat and the carcharodon megalodon shark, (once stretching as big as a bus); there are animals such as the giant woolly mammoth, the cave bear, cave hyena, and the cave lion, as well.

To promote awareness and stewardship of fossils—the record of evolving life on a dynamic planet—and foster greater appreciation of their value to science and education, Indian Harbour Montessori will join the National Park Service (NPS) and the American Geological Institute (AGI) in celebrating National Fossil Day on October, 16 2013 during the annual Earth Science Week, October 13-18, 2013.

“Fossils deserve Americans’ attention and appreciation,” said National Park Service Director Jon Jarvis, “and I am proud that the National Park Service has been one of the driving forces behind the establishment of National Fossil Day. Fossils provide clues to how living things respond to change and hold important lessons for us, here on our warming Earth. Fossils excite children and adults and draw them into the world of science.”

During Earth Science week students in 4th-6th grade at Indian Harbour Montessori will be experiencing the following: 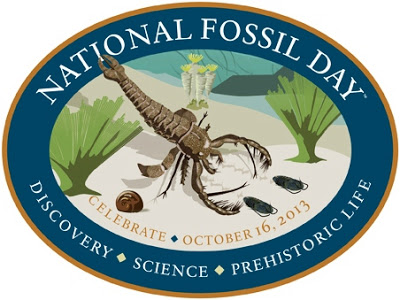