Jonathan Wood from The Raptor Project visited Indian Harbour Montessori on Friday, January 15th. The children listened as Jonathan and his wife Susan and their avian predators, discussed conservation, as well as how the birds are ambassadors for their habitat. If the raptors are doing well, everyone else is in good shape. 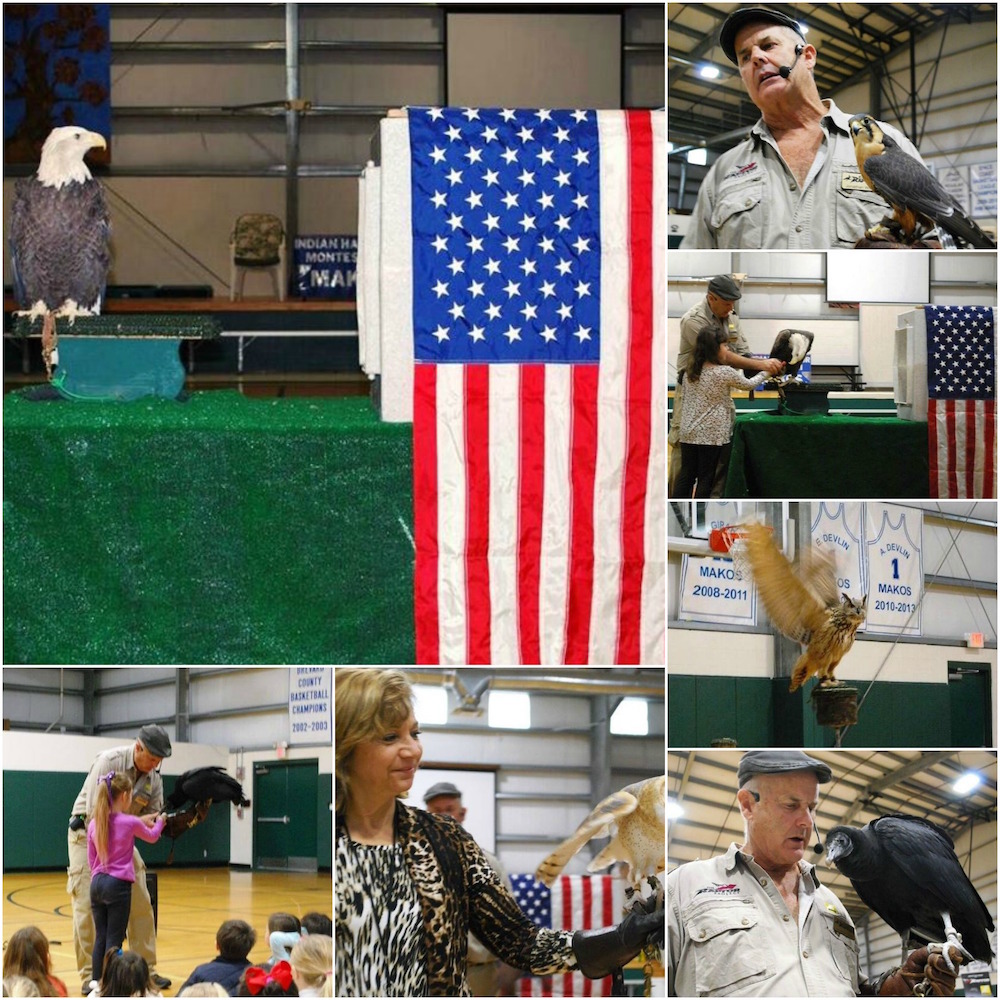 Indian Harbour Montessori was his first stop in Brevard County as he visits several different venues throughout the area this month.

His bald eagle, Uncle Sam was part of one of the most viral videos of 2015, when the bald eagles wing messed up Donald Trump’s hair while shooting a video for TIME Magazine’s Person of the Year.

We were so fortunate to have Jonathan Wood back again with his Raptors! A special thank you to Mrs. Thomas and our MPTO. It was fantastic!