Justin attended Indian Harbour Montessori through 6th grade. After attending IHM he went on to graduate from Holy Trinity Episcopal Academy, where he played lacrosse, football and was involved in orchestra.

After High School he attended the Coast Guard Academy, where he was on the dean’s list five semesters and received the board of trustee’s award. He graduated with a degree in naval architecture and marine engineering. Justin then went into pilot training at Naval Air Station Pensacola. On Friday, April 18th at Corpus Christi Naval Air Station he will receive his Wings of Gold. Justin dreams of one day becoming an astronaut.

We’re so proud of him!

Justin’s Quote from the IHM Yearbook

I have been in Montessori for all my life. I have had many lessons that I have enjoyed, but one is my favorite. That lesson is the checkerboard. The reason I like the checkerboard is because it was one of the first ways I learned to do multiplication with three digits. In the future, I picture myself at the Navy school in Annapolis becoming a nuclear engineer. ~Justin Dougherty 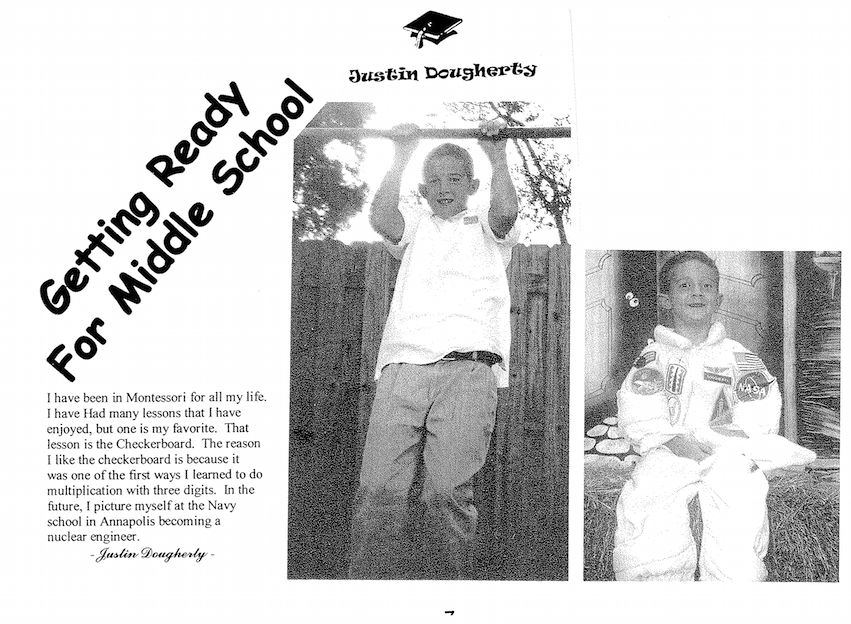 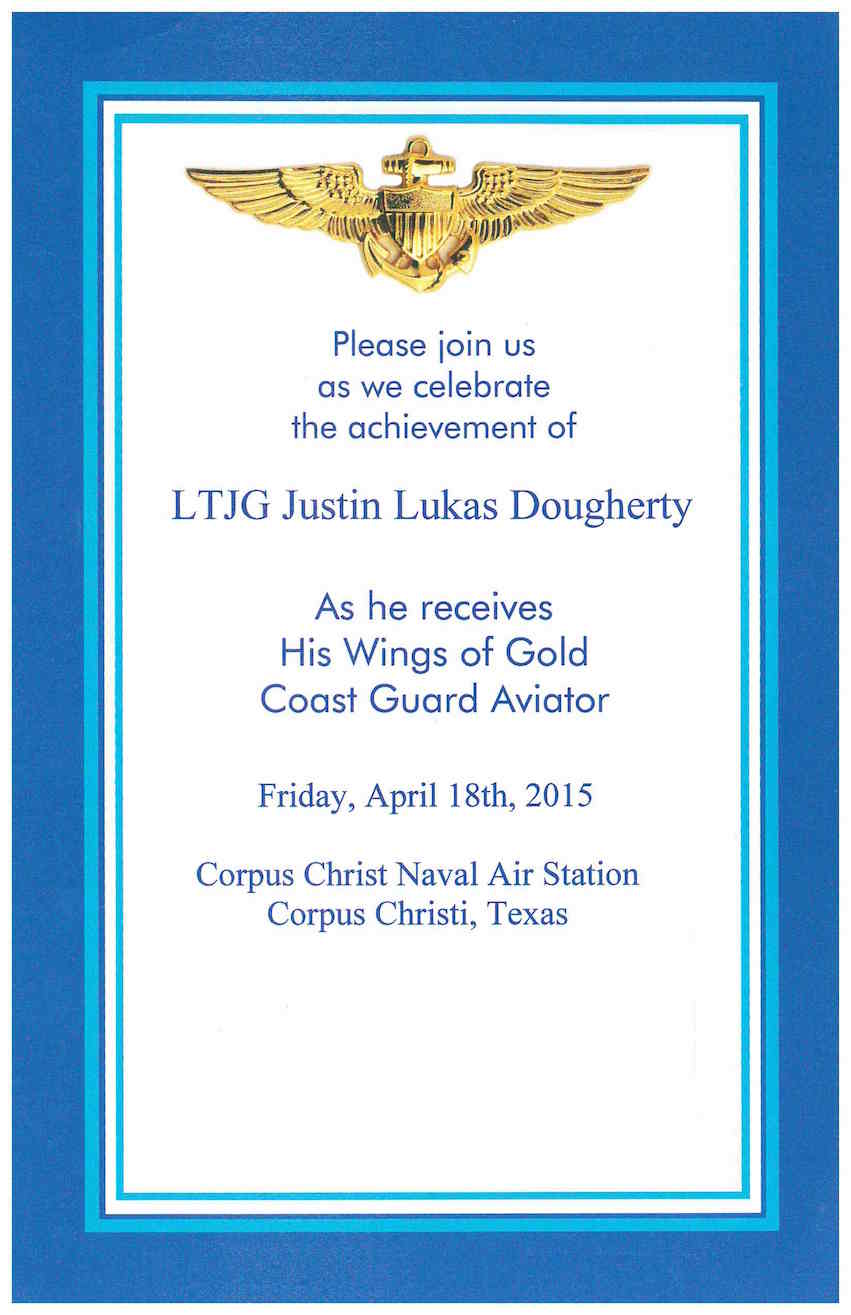 We welcome news from all our EFC & IHM alumni. If you are in the neighborhood, please stop by to say “hi” and let us know what you are doing! Update your alumni profile, contact us at alumni|@|ihmontessori.com, and like us on Facebook. We want to hear from you.